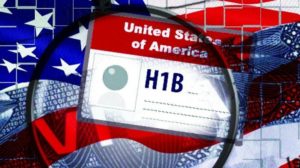 In response to the lawsuit, in August 2018, USCIS provided AILA with an initial set of records for both requests. However USCIS designated its response to the H-1B specialty occupation FOIA request as “rolling,” the Council sought clarification but received no further records. USCIS also refused to provide any additional records. The council on AILA’s behalf negotiated with USCIS, to release additional documents originally asked under previous FOIA requests. On July 17, 2019, USCIS completed the release of additional documents to AILA”s satisfaction, and finally, on August 2019, both parties agreed to settle the matter.

Why is it Unprecedented?

The USCIS documents, which previously were hidden from the public, help explain how USCIS policies have increased H-1B denials and Requests for Evidence. The USCIS document titled “H-1B RFE Standards” is dated March 23, 2017, while “H-1B AC21 Denial Standards” is dated July 17, 2017, evidence the documents reflect the Trump administration’s new immigration policies. USCIS adjudicators have been directed to restrict approvals of H-1B petitions without the legal or regulatory authority to justify those decisions. The most controversial being requiring guaranteed work assignments and the employer-employee rule.

Another controversial piece is how it started interpreting “Specialty Occupation”. USCIS argues that since the Department of Labor Occupational Outlook Handbook states there are individuals who may work in a particular position with an associate’s degree, then that would mean such a position does not necessarily require a bachelor’s degree – and, therefore, would not generally qualify as a specialty occupation.  In practice, this has meant that computer programmer petitions are denied for not being in a specialty occupation is based solely on the Department of Labor Occupational Outlook Handbook. This is not specifically for computer programmers, but applicable to other occupations. The concern is: In the future, USCIS could cite this or additional sources as a way to exclude occupations from eligibility for H1B petitions.

It was also observed by parts of released documents that were redacted, One can identify redactions in the USCIS Policy Manual, Volume 2: Nonimmigrants and H-1B RFE Standards. USCIS also redacted the summaries of the law in many places.

According to AILA’s President Marketa Lindt:

“The documents released by USCIS reveal the way the agency has shifted its focus in these adjudications, creating more obstacles for U.S. businesses to hire and retain the talent they need,”

The evidence indicates USCIS has increased the regulatory burden on businesses and made U.S. companies less competitive if they need either high-skilled foreign nationals or the services they provide.

Please Note: If this blog has piqued your interest A curated list of H-1B Wage Level FOIA Document Produced by USCIS can be found here